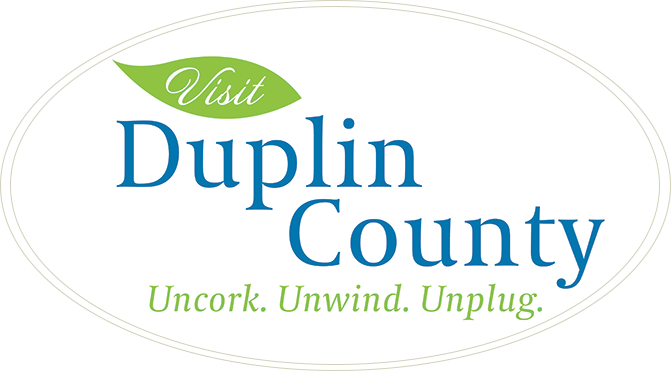 Welcome to Duplin County! We welcome you to take a break from the hustle and bustle of big city life and Discover Duplin County. Visit our rural communities and friendly folks and you will soon discover that Duplin County is a developing opportunity. Boasting hometown hospitality, scenic countryside and easy accessibility to many North Carolina cities, Duplin County is establishing itself as a relocation destination for many.

Well-grounded by our heritage and well-known for our agricultural strengths, Duplin County makes an ideal home for your business and your family.

Duplin County was first formed by the General Assembly in New Bern on April 7, 1750 from what was the northern part of New Hanover County. At that time the boundaries of Duplin County included what would eventually become Sampson County. Duplin was named after Sir Thomas Hays, Lord Dupplin, who served on the Board of Trade and Plantations for the Crown in the 1740’s.

Duplin County’s earliest immigrants were the Welsh who arrived in the 1700’s. They were soon followed by German Palatines and the Swiss in the 1730’s and 1740’s. The Scotch-Irish arrived in 1736 with Henry McCulloch, a wealthy London merchant, to settle on a rich and fertile 71,160-acre land granted to him from the British Crown. The French Huguenots and English, who migrated from Virginia along with Scottish Highlanders who came from the upper Cape Fear region, also were among the earliest settlers to the area along with African-Americans. The early settlements were primarily along the river and larger creeks as these were the best means of transportation.

Henry McCulloch, who had transported Ulster Scots and Swiss Protestants to settle this area, established several settlements. One on the east bank of the Northeast Cape Fear River named Sarecta, became Duplin’s first incorporated town in 1787. Another settlement was established on the west side of the river on Goshen Swamp, and a third at a place referred to as Golden Grove, later to become the Town of Kenansville. These early settlers were primarily Presbyterians and they established the Goshen congregation in 1736. Later called the Grove congregation, it was the first Presbyterian church in the state and is still active today.

In 1751, the first official county court was held in the home of William McRee. Today, Guilford Mills, Inc, on NC Highway 11/903, is located on the original site. A short time later the first courthouse was built on Turkey Swamp near the present day Duplin/Sampson County line. When Sampson County was created in 1784 from the western half of Duplin County, the courthouse was relocated again to a more central location. The first sessions of county court at this new site were held in James’s home near the road to Magnolia about 2 miles south of Kenansville. Later, the court was relocated to the area that was to become Kenansville.

Duplin has grown steadily through the years. The first industry in the county was the naval stores industry. The harvesting of rosin from the abundant longleaf pine forests to make tar, pitch and turpentine, provided barter and income for the early settlers and remained a significant part of the economy up until the late 1800’s. The naval stores products were floated down the Northeast Cape Fear River for sale in Wilmington on large, log rafts. In later years, paddlewheel riverboats became a far better means of transportation on the river. Necessary supplies and staple goods were ferried back up the river. When the Wilmington and Weldon Railroad was completed it provided a faster and more convenient method of shipping and the use of the river for transportation decreased.

The completion of the Wilmington and Weldon Railroad in 1840, which ran through the western half of the county, provided additional opportunities for growth and a tremendous influence for further development, not only for Duplin County, but the entire region. The Towns of Wallace, Teachey, Rose Hill, Magnolia, Warsaw, Faison and Calypso developed along the tracks.

Duplin County is the 9th largest county in the state in land area, 819 square miles. The 2000 population was 49,063. There are 10 incorporated towns in the county: Calypso, Faison, Warsaw, Kenansville, Magnolia, Rose Hill, Teachey, Wallace, Greenevers and Beulaville. The county is served by Interstate 40, U.S. Highway 117, NC Highways 11, 24, 50, 403 and 903. Rail service is available through CSX Rail service and the Duplin County Airport provides a 6,001-foot paved, lighted runway.

Duplin County has maintained its agricultural heritage and rural environment through the years while still allowing for a blending with industrial development, economic growth and an enviable lifestyle.

Send Us a Message

Your Guide to Uncork, Unwind & Unplug

We make every effort to ensure this website is as accessible as possible to all of our users. If you have any concerns about the accessibility of this website, please contact us at 910-296-2181.